Exhibition Wings in Exile will travel again to locations connected with former Czechoslovak squadrons in the RAF airbases and in our embassy in London. You can see it in HMS Tern (Orkney Islands), Museum of Croydon and RAF base Hendon, first base of Czechoslovak 311 Squadron. Are you interested in this exhibition too? If you would like to visit it, visit this website, if you would like to order it for your venue, write to us – filip@276.cz. Technical information about exhibition is here.

This exhibition travels again in this year within United Kingom, as commemoration of 80th anniversary of Nazi occupation of rest former Czechoslovakia, outbreak of Second World War, 30th anniversary of end of communist regime in our country, 20th anniversary of Czech membership in NATO. You can see this exhibition online now, more information, which was not possible put on this panels and more not very known information about Czechoslovak airmen will be added as soon as possible. This exhibition contains information about first steps in military career of future RAF airmen, Munich agreement, dangerous escapes from Czechoslovakia and Protectorate Bohemia and Moravia, fights in Poland, France, Middle East and United Kingdom, starvation in Russian concentration camps, nazi persecution of relatives of freedom fighters in exile. You find here information about comeback to liberated country, post war persecution by communist regime in Czechoslovakia and commemoration of our airmen and airwomen today too. 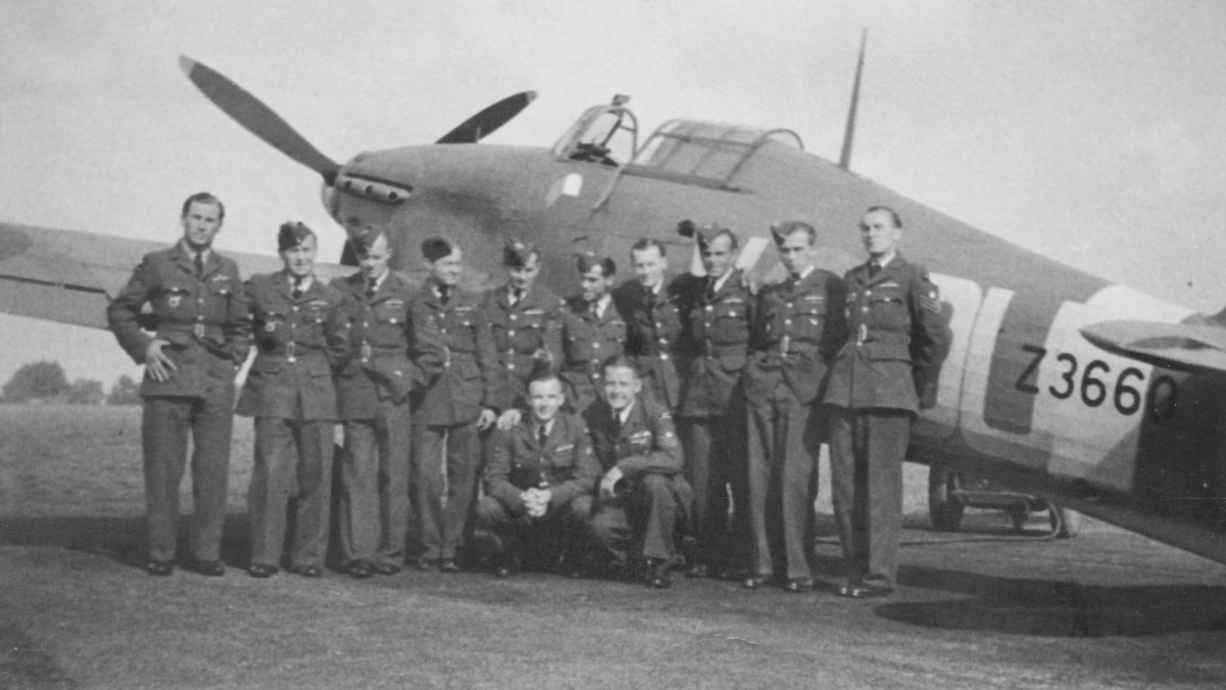 … brave men and women, which fought for our freedom
during WW2 in service in RAF and WAAF.

More about our living history group and our activities

… travelling bilingual exhibitions, board game about
Battle of Britain named “303”, eqiupment and gear of RAF
and WAAF, experiences with realisation of commemoration
plaques and ceremonies.

More about our offer

… men and women, which as members of RAF and WAAF
fought for our freedom via exhibitions, commemoration
plaques and monuments, lectures, publications
and reenactment.

More about our events

… in information, documents, equipment and gear
of Czechoslovak airmen in the RAF and women in WAAF.

More about our research

Are you interested in our activities
and do you think, they are important?

Would you like to take part in it and help us to prepare exhibitions, commemoration evens or do research?

Be member of our living history group

Would like to support our activities by donations or by opportunity for presentation of our living history group?

Be our donor and supporter